Apply Now
From national security to Health & Safety. Keeping people safe is always vital, especially when you’re delivering some of the biggest and most complex projects in infrastructure. Our industry needs experts and leaders like you to push boundaries and make sure we’re always delivering projects in the safest and most effective ways.

Finding the best ways to keep people safe will feel familiar to you, but this is your chance to take your skills to the next level. A career in Health & Safety will give lots of opportunities to challenge yourself, share your ideas and join our community of experts.

The skills you learnt during your time in the military can give you the edge in Health & Safety. Not everyone has an eye for detail or the self-confidence to solve problems. Not everyone can adapt to a variety of situations. And not everyone can identify when something goes wrong and take action to put it right quickly. So, don’t let these skills go to waste – put them to use building a new career for yourself.

Building on his skills from the Royal Engineers

After a couple of job interviews, Nigel found a role that felt right for him at Balfour Beatty. His time in the Royal Engineers meant he was familiar with the building trade, so working here felt like a natural progression. Since joining he’s been doing great work and enjoying life in our Health & Safety team.

It’s normal for ex-services personnel to find the transition quite hard at first, but Nigel always knew if he put the hard work in, he’d get the rewards. And with a supportive team willing to bend over backwards to help him with training, he quickly found his feet.  We’ve got a lot in common with the Armed Forces, but Nigel feels that the team spirit is what reminds him most of the army. He gets on with his colleagues and can have a good laugh. That’s a big part of Balfour Beatty and a big reason why people from the Forces thrive here.

The part of the job Nigel enjoys most is finishing a project and seeing the public appreciating what he’s done. Whether it’s a road-widening scheme or flood defences, he takes pride in knowing he’s done a good job and given something back to the community. 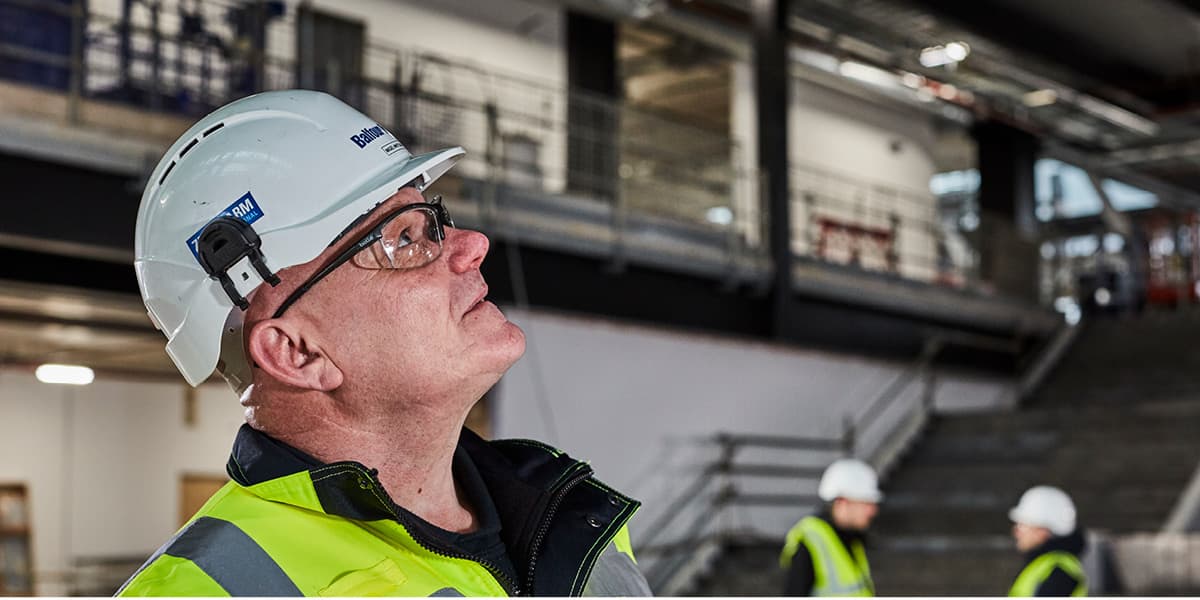 There’s always loads going on in our business, and across our whole industry. If you want to keep up to date with the latest news, research, opinions and career opportunities, just register here.

Excellent. Just click the button below to get things going.